The Budwig diet was developed in 1952 by Johanna Budwig. She was a biochemist, author and pharmacist. She believed based on her research that the lack of fatty acids and sulphydryl groups would create a low oxygen environment at the cellular level. This would in turn provide what cancer cells needed in order to proliferate. This concept fueled her development of the Budwig diet which consisted of flaxseed oil plus cottage cheese. These two ingredients are the foundation of the entire cancer diet. She believed that these two things coupled with a few other additions would create a successful cancer treatment.

The Recipe for Flaxseed Oil plus Cottage Cheese Mixture is very simple. If needed, just do the following:             Mix every “1” tablespoon of flaxseed oil with “2” or more tablespoons of low-fat organic cottage cheese. Add other ingredients if needed for taste and flavor.

Even though flaxseed oil plus cottage cheese together have no research, flaxseed alone does. A few studies actually show flaxseed either having an anti-cancer effect or being beneficial during cancer treatment. A breast cancer study in 2005 showed dietary flaxseed increased Apoptosis ( Programmed Cell Death) by 30.7%. Patients were given a muffin containing 25 grams of flaxseed. Study concluded flaxseed has potential to reduce tumor growth.

Another study tested flaxseed effect on prostate cancer patients for an average of 30 days prior to surgery. Study showed that proliferation rates were significantly lower in the flaxseed arm. Study concluded that flaxseed is safe and may be protective for prostate cancer. 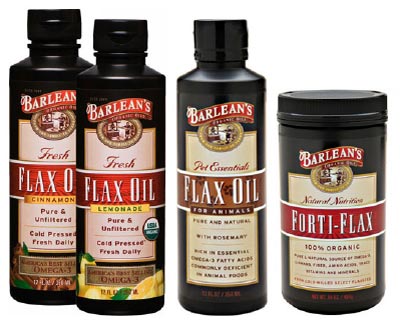 What Does All This Mean?

The budwig diet might have some good recommendations on which foods to avoid. But these recommendations are more likely to help a healthy person avoid getting cancer rather then treating someone with cancer. The budwig diet in its entirety has not been tested in humans. And that is exactly how you should treat it. It is a diet that has not been tested for the treatment of cancer. The same goes for the flaxseed oil plus cottage cheese combo. Even though flaxseed oil alone has been shown to be beneficial in the studies above, we don’t know what happens when cottage cheese is added. It is only suggested that when flaxseed oil plus cottage cheese are combined, absorption is increased. Until this is tested, it will continue to just be a theory. The only thing we do know, is that flaxseed alone has anti-cancer effects in humans. For now flaxseed looks like the only winner here.

Check out another unproven popular cancer remedy you should know about.