We start off with an alternative cancer treatment called Vitamin B17, that’s in fact, not an actual vitamin at all. Then we find out the supposed anti-cancer effect, is from cyanide, a certified poison. Not off to a great start, are we? The word vitamin was added to the Laetrile Cancer treatment because it can be found inside the pits of many fruits, mainly apricots. So since the compound amygdalin, also called Laetrile, is found naturally inside many fruits, calling it a vitamin was an easy sell. Inaccurate, but totally believable. But this also made the treatment sound a lot safer then it actually was. How can vitamins in fruit pits be dangerous right? 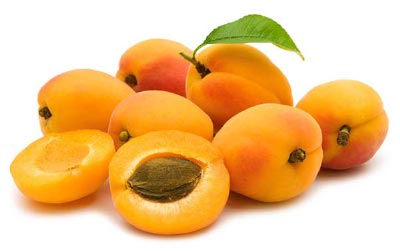 Cyanide is released when digestive bacteria and enzymes break down Laetrile. This can happen either by taking tablets or eating the appropriate fruit pits. Injections, lotions and liquids are also available. The cyanide strength will obviously depend which form is used. Oral ingestion has had the most reported cyanide poisoning.

But hey, Cancer treatments are never completely safe and all come with risks. So if this Laetrile cancer treatment is effective, the risks might be worth it. However, the question is, can Laetrile (B17 Cyanide) effectively treat cancer?

Two commercial forms of Laetrile exist. One type is from the U.S which is a semi-synthetic derivative of amygdalin. The other is from Mexico, which is made from crushed apricot pits. The Mexico type was tested in a human cancer study published in 1982. Both oral and intravenous methods were used on 178 patients. Study concluded, ” No substantive benefit was observed in terms of cure, improvement or stabilization of cancer, improvement of symptoms related to cancer, or extension of life span.” In addition, treatment toxicity from lethal range cyanide levels were experienced by several patients. B17 was not effective at all in this cancer study.

Case reports for B17 are in no short supply. However, more exist of B17 cyanide poisoning alone then of positive effects. I was able to find case reports showing various negative Laetrile cancer effects. For example,  Laetrile cancer treatment failed to help a 3 1/2 year old child with leukemia even while having a favorable prognosis. The numerous negative reports like this, easily dominate B17’s report card.

Some people say everything about the B17 cancer treatment is fraud. And in reality, most of it is. Everything from its name, to the ability to cure cancer, sounds like fraud. When researching deeper, none of its claims are accurate. We know without a doubt, it fails to cure cancer. Too many negative human study results and case reports show lack of response. Not only can it be a waste of time, but it can be dangerous as well. With the added risk of cyanide poisoning, the risk is far greater then any reward. The data shows this is not a smart cancer treatment choice. Maybe before all the scientific testing, this treatment might have looked somewhat appealing, but times have definitely changed. This cancer treatment is just nothing but risky at best.

You should know about another treatment that has fraud written all over it.