Fish oils contain omega 3 fatty acids which include docosahexaenoic acid (DHA) and eicosapentaenoic acid (EPA).  These omega 3 fatty acids are also called polyunsaturated fatty acids or PUFA’s for short. Depending on the ratio at which you consume omega 6 and 9, both can become pro-inflammatory. A typical American diet already contains high levels of omega 6 and omega 9 fatty acids, so supplementation with omega 3’s is usually recommended. Fish oil supplementation has become extremely popular even though most omega research studies have either shown minimal or no benefit at all. With that said, fish oil supplementation is still at an all time high. As a jack of all trades and a master of none, will fish oil ever find its destined niche?

Even though most studies have shown fish oil to be of no help for most conditions, a new cancer study might change all that. A randomized study found fish oil protected the immune system of cancer patients from the effects of chemotherapy. 38 patients taking low dose fish oil during chemotherapy 5-fluorouracil not only avoided a decline but experienced an overall increase in immune status. The cancer patients that took fish oil had an average increase of 23% of the immune parameters tested. Whats more, the usual side effects from fish oil supplementation were not experienced due to the smaller dosage used. Overall, this omega research cancer study showed low dose fish oil has the potential to prevent chemo induced neutrophil decline.

These cancer study results show another side of fish oil that hasn’t been seen much before. If fish oil was known for something, it was for its cardiovascular benefits regardless of its disappointing results in past studies. This study shows fish oil performing well in the most extreme conditions. Chemotherapy is as extreme as you can get. If fish oil can protect the immune system from something as harsh as chemotherapy, then it should have no problem protecting you from everyday toxins. However, fish oil contamination is a topic of concern. Mercury, dioxins, and PCB’s are worrisome to say the least. Finding a fish oil alternative like microalgae or flaxseed oil, might offer the same benefits with no risk of contamination. Either way, one thing is for sure, omega 3’s look more important to immune health then ever before. 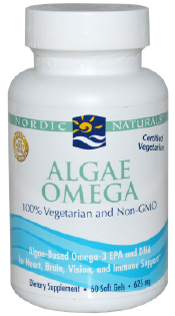