Virus Cancer Cure In The Form Of Modified Polio

Treating cancer with viruses is anything but a new approach. Viruses like measles, herpes, reovirus, and adenovirus have all been clinically tested against all types of cancers. Even though most have shown positive results, none have really performed as well as first hoped. Obviously, the words “Cancer Cure” is used way to often. Anything with early success is usually called the next cure for cancer. We have all heard those words before and yet are still waiting for the final results to match the headlines. A new virus cancer cure has recently hit those very same headlines. However, this time it’s in the form of polio. Game changer, breakthrough, and cancer cure, have all been used to describe the genetically engineered polio-virus PVS-RIPO.

The question is, can the latest strain of yet another supposed “virus cancer cure” actually deliver and avoid being forgotten like many front page cancer treatments of the past? 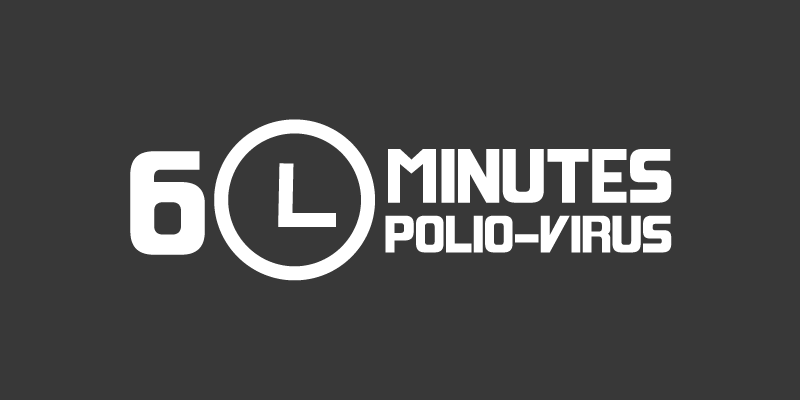 After watching the 60 minutes special that talked about the polio-virus (PVS-RIPO), or any other news outlet for that matter, it would be extremely hard to dispute how great this treatment sounds. But as with most news in general, you usually don’t get the full picture. When looking at the phase 1 PVS-RIPO study, we get a more accurate point of view. Although Phase 1 studies are only used to test dosage limits, other important facts are documented as well. For instance, the phase 1 PVS-RIPO study shows that 12 out of the 24 patients had already died. 11 patients have no disease progression while 1 patient continued to progress.

Virus Cancer Cure, Not So Fast.

This data clearly paints a different picture then the one painted by 60 minutes. Even though 60 minutes didn’t use the exact words “Cancer cure” its hard not to lean in that direction while watching. The treatment is still better then any other treatment to date for recurrent Glioblastoma, but the word cure isn’t the first word that comes to mind anymore. This data starts to put this potential cancer cure in a whole new perspective. The treatment quickly goes from unstoppable cancer cure to a new cancer treatment with some serious limitations.

It’s not clear why 12 patients died. Was it from dosage toxicity or from the therapies inability to produce an anticancer response? Many questions like this remain. With this therapy being so new, in depth information is not fully available as of yet. More information will become available in the coming weeks and months as the FDA has already allowed duke university to proceed to phase 2 trials.

After learning the optimal dose from the initial results of the phase 1 study, better results might be on the horizon. With conventional chemotherapy, higher doses produce a better anticancer effect. However, with PVS-RIPO, lower doses had an equal anticancer effect to higher doses but with a lot less side effects. This might be due to the polio-viruses ability to stimulate an immune response which does most of the heavy lifting. Therefore, since the bodies own immune system does most of the cancer killing, only a small dose of the polio-virus is needed. This is extremely beneficial for glioblastoma patients where larger doses create more inflammation and in turn can cause deadly side effects.

The polio-virus, once a severe health threat might now provide us with the ability to treat a disease that kills millions of people per year. Many advancements have been recently made in the fight against cancer. It’s debatable what the next cancer cure will be or whether a cure is even possible. Will it be a modified virus like polio, or an immunotherapy drug like Anti-Pd-1 that gives us the cure that we have all been waiting for? Both without a doubt have already shown us things that we never thought were possible. 30 years ago, the thought of using the immune system to treat cancer was considered to be a form of quackery. Today, treatments with the most long term potential all use the immune system to attack cancer. In the end, the immune system is already the cure, we just have to find a means to awaken it.

Virus Cancer Cure In The Form Of Modified Polio was last modified: January 21st, 2017 by Cancermind
Share this article: